As we enter the deadliest 100 days of summer for driving fatalities involving teen drivers, an analysis by Bumper suggests more teens were killed on roadways last year than in the same time period over the previous decade-plus—a dramatic reversal in the long trend of declining vehicle deaths.

While the pandemic cleared roadways, Americans also saw a spike in motor vehicle-related fatalities. It remains to be seen if this dangerous driving pattern holds in the summer of 2021, as more Americans lower their guard and hit the road in a resumption of prepandemic activities. 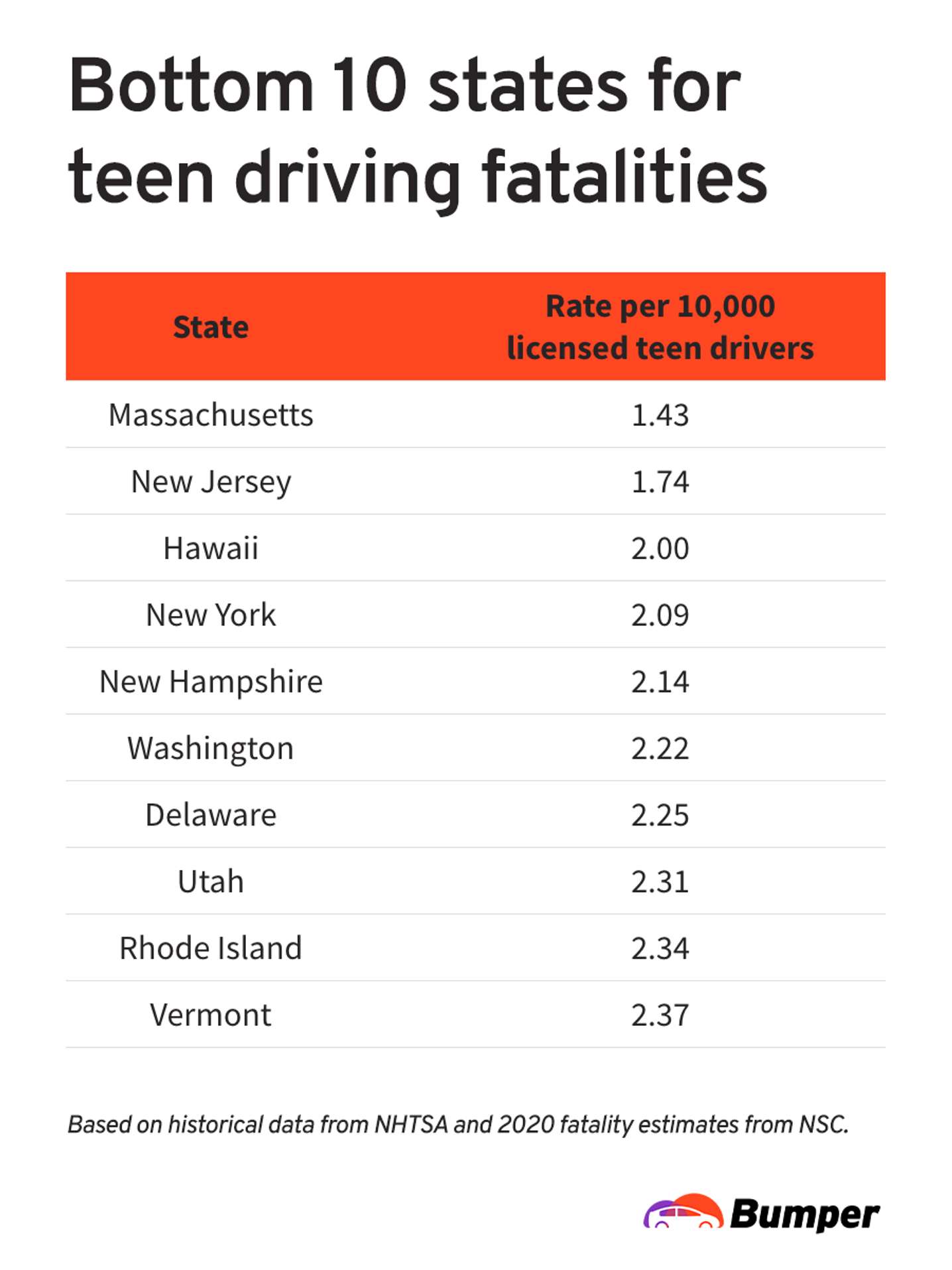 You can find more information on teen driver accidents here.

Bumper examined 2017-19 accident data from the National Highways Traffic Safety Administration and 2020 fatality estimates from the National Safety Council to determine its findings. The number of licensed drivers came from 2019 Federal Highway Administration data. While we use teenage and young drivers interchangeably in the study, the NHTSA defines young drivers as between the ages of 15 and 20.

At Bumper, we are on a mission to bring vehicle history reports and ownership up to speed with modern times, with accurate reporting at fair pricing, including a VIN number lookup tool.