What's the Difference Between a Sunroof and a Moonroof?

A sunroof can make even the most compact, cheap and dull car feel open and airy. Who could be down when letting in the sun’s rays and all that great blue sky through your roof? What might throw you for a loop is the choice of moonroof vs. sunroof. Let’s walk through the differences.

Many car owners and potential customers use sunroof or moonroof interchangeably, and there isn’t a used car salesman on Earth who is going to correct them. While we all don’t need to be etymologists, this lack of correction led to our muddled confusion of the terms today.

What is a sunroof?

Technically speaking, a sunroof is a completely opaque metal panel that slides to reveal open sky. When closed, you can’t see through it and no light gets in. When open, there is no protection from the weather.

The earliest sunroofs weren’t what we think of as a sunroof today. The first automobiles didn’t have sunroofs. Actually, they didn’t have roofs. Most early cars were what we would recognize as roadsters or permanent convertibles, lacking any kind of roof. The metal roof first appeared on the 1906 Cadillac Model H. A sliding metal roof panel, basically the world’s first sunroof, didn’t even appear until 1933.

Much like the convertibles of the time, the roof panel was manually operated instead of powered and eventually leaked. This metal panel was the standard sunroof design for a number of decades until that other type of roof showed up to confuse the terminology.

What is a moonroof?

The moonroof is a comparatively new design, around 50 years old when stacked against a sunroof’s century-long history. The 1973 Lincoln Mark IV debuted a new type of sunroof that featured a tinted glass top in place of the metal plate. This is the difference between sunroof and moonroof—there is the same open-air convenience when desired, but the glass allows a view even when the moonroof is closed. The moonroof is a window; the sunroof is a door.

While this revised design provided a similar function for the car occupants, advertisers created the term “moonroof” for this new type of sunroof. Because of the ability to let additional light into the cabin while keeping out wind, rain or cold temperatures, the moonroof design eventually replaced the traditional metal sunroof design. However, car buyers were so used to the old term that it stuck, and today’s manufacturers and retailers list the sunroof and moonroof available, though technically only the moonroof is still around.

Sunroof or moonroof—does it matter?

When shopping modern vehicles, or anything built in the last couple of decades, the wording is irrelevant. You can say either sunroof or moonroof to any sales staff member and they will understand exactly what you mean, even if their brand uses the other wording. Both terms are now synonymous for an opening roof panel. You can even have either design installed after your vehicle leaves the factory, but this isn’t a cheap addition for your car. However, you have several options when shopping moonroofs in new vehicles.

Types of sunroofs and moonroofs 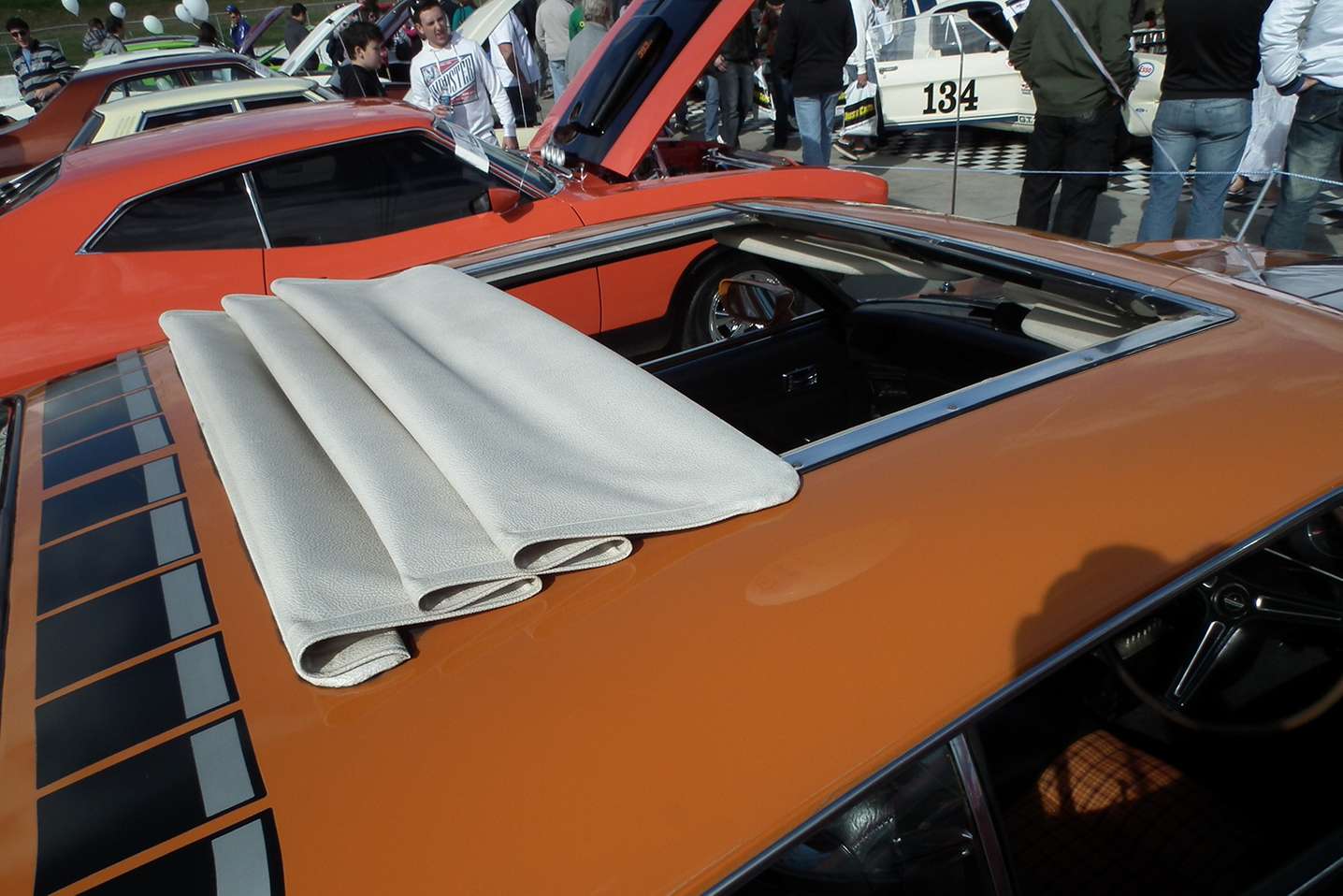 Among the earliest designs, folding sunroofs allowed a metal body structure, with the open-air experience of very early cars. A simple folding fabric top covered a large open space in the roof. The driver or passengers could manually roll back the rag top, similar to the first convertibles. This design was popular in Europe for several decades, even on affordable cars like the Citroën 2CV and Volkswagen Beetle.

Where to find folding sunroofs

As a classic design, a folding sunroof is limited to a few vehicles with a traditional ragtop or similar driving history. Your best bets today are the final generation Volkswagen Beetle and second generation Jeep Liberty. Built-in moonroofs are what you probably know as the standard moonroof. It’s electric-powered with a variety of settings. You can pop up the rear for ventilation, slide the glass panel all the way back into the roof structure or sometimes even fully remove the panel for maximum open-air cruising.

· Great view, nice ventilation, can keep it closed to keep elements out

· Some maintenance required as the vehicle ages

Where to find built-in moonroofs

Standard built-in moonroofs can be found on many vehicles in nearly all classes, including: A spoiler moonroof is easily identified by the look that mimics the rear wing found on sports sedans and sports cars. Instead of sliding back into the roof like the built-in version, the spoiler moonroof pops up, then slides back, staying above the roof. It’s angled down at the front for aerodynamics, which gave it the spoiler name.

· An affordable moonroof with reliable operation

· Great view, nice ventilation, can keep it closed to keep elements out

· Not as clean of a look compared to built-in moonroof

Where to find spoiler moonroofs 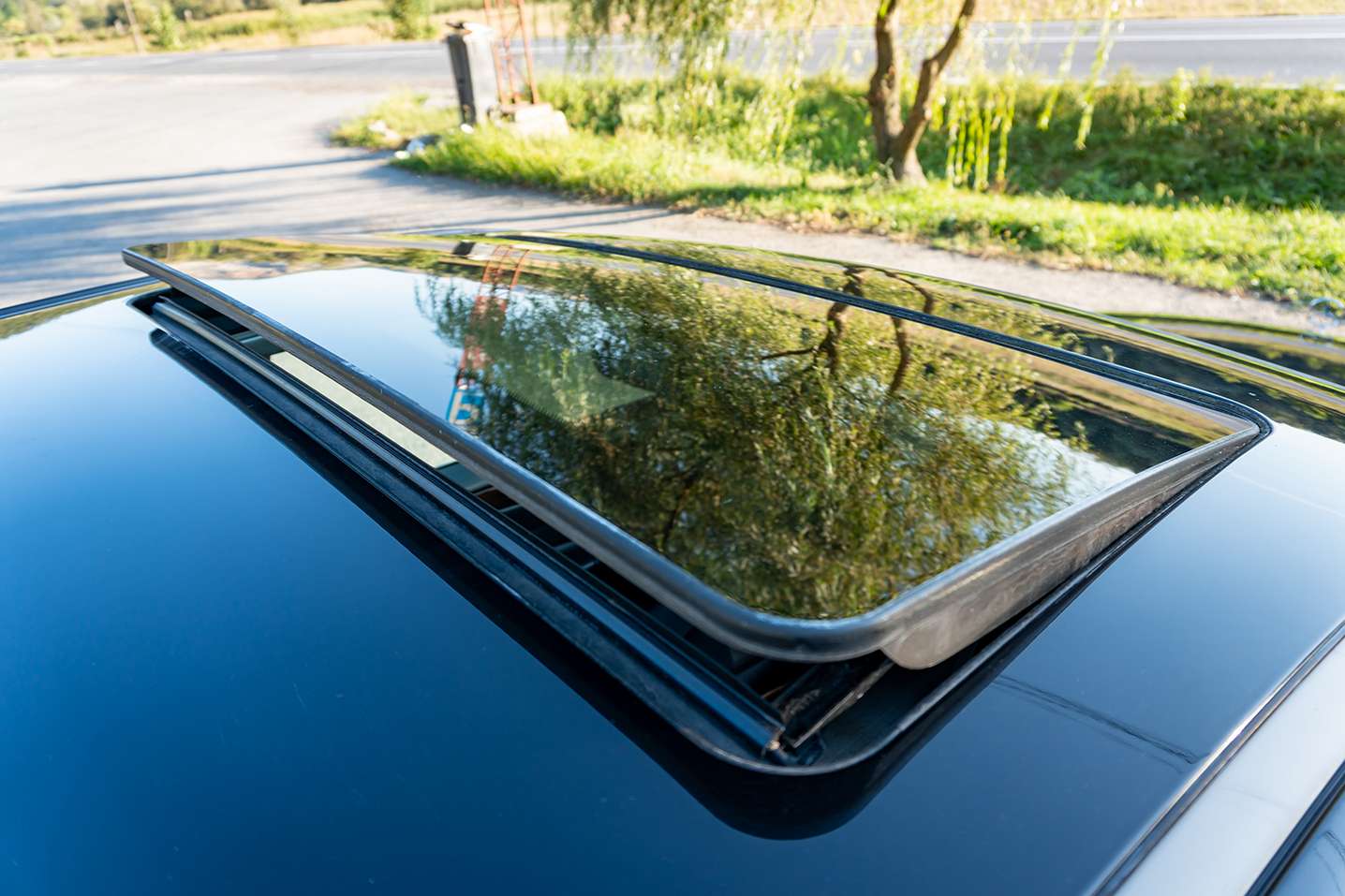 A pop-up moonroof does what you think, with the rear popping up above the roof and allowing air in and out of the vehicle. A sliding sunshade blocks out unwanted light when needed. This is a simple, manual pop-up design not found in today’s vehicles.

· Because of the age, the drain holes and tubes become clogged, allowing rain into the car—this is annoying and can cause hidden rust issues.

Where to find pop-up sunroofs:

Like the spoiler moonroof, the pop-up moonroof is an older design found mainly on 1980s and 1990s cars, from the Ford Mustang and Toyota Supra to the Honda Civic and BMW 3-Series.

This is a multipanel, segmented sunroof design. As the sunroof opens, the panels slide back, creating a stacked look at the rear of the moonroof opening.

Where to find lamella sunroofs The panoramic moonroof is a sunroof that shops at the big and tall store. It’s an extra-long moonroof, sometimes running nearly the length of the vehicle’s roof, giving a nearly convertible-like feel of open-air driving. While some are fixed, others offer power open/close.

· With huge open views, extra sunlight can improve your mood.

· Although available on affordable cars, panoramic roofs are a luxury option that deliver a high-end feel.

· Because many buyers appreciate the feature, a moonroof adds to your resale value.

· Just as a huge, sloped windshield is a pain to clean, so is an enormous glass roof

Where to find panoramic moonroofs:

Moonroof vs. sunroof: the bottom line

For the last few decades, moonroof equaled sunroof. Historically, there was a difference, but today the terms are interchangeable. Check out a panoramic moonroof if you want maximum sunlight, but any version adds an upscale feel.

CVT vs. Automatic: Which Transmission Is Better?

Certified Pre-Owned Vs. Used: What You Need to Know